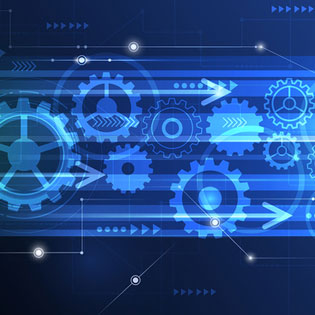 A Short (but Intriguing!) History of IT Service Management

Likewise, it would have been hard to picture today’s IT service management teams and their ability to fully run the grand sum total of a business’s IT department remotely. But the promise was there, right from the beginning, of a true business partnership. Here’s how IT service management became much more than an ordinary business vendor.

The Early Years: If It Ain’t Broke, Don’t Fix It

IT service management was born in the 1990’s, as computers broke free of the enterprise environment and the Dot Coms made computers mainstream. Everyone from the small Mom and Pop Shop to individual homeowners had computers, and all those machines were connected to the World Wide Web. Kind of like the cloud is now, everybody talked about the WWW, but few actually understood what it meant.

Get your complimentary copy of Greg Hanna’s book ‘Computers Should Just Work!’

As the ’90s unfolded, most computers were serviced only when something went wrong. There wasn’t much ongoing maintenance involved. The service was usually done by the person that built the computer, whether that was a small business downtown or a larger company like Dell.

During the early 2000’s, a shift occurred. As computers moved past simply being “mainstream” and became the literal backbone of the business, computer maintenance ceased to be something only done when computers broke down. Since these machines had to operate well in order to run the business, regular maintenance was done to keep these machines in tip-top shape all the time. The forerunners of IT service management began to fill the gaps — no longer were computers only serviced and maintained by their builders.

Companies now partnered with third-party vendors to get the ongoing help they needed. Additionally, IT service providers no longer had to come on premises to do their thing. Much of the work could be done remotely, since almost all business computer systems were now online, thanks to the ready availability of modems and Internet connections.

In 2005, Managed Services Provider University opened its doors, and the first couple of books that specifically addressed IT service management as an industry were published in 2006. These books were “Service Agreements for SMB Consultants: A Quick-Start Guide to Managed Services” by Karl Palachuk and “The Guide to a Successful Managed Services Practice” by Erick Simpson.

The ten years between then and now have seen a huge shift away from on-premises IT service management to cloud-based services. Vendors offer a wide variety of services, from a single software solution to an entire, fully-functioning offsite IT department. A few of the most popular IT services offered include: