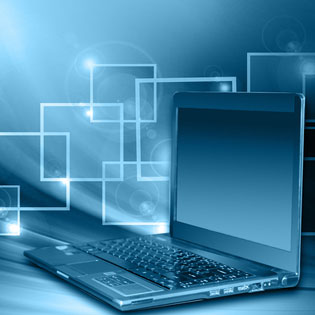 IT Outsourcing and Serverless Computing for CPA Firms

Serverless computing is a misnomer. Of course, there are servers even in the world of the serverless, but this technology is not meant to be literal. It is meant to represent the extent in which servers are used. The service is mainly used by developers, and this may not matter to smaller CPA firms, but to enterprise level offices, this can be a great new technology. And like all technologies, what the big boys have now, everyone will have later.

Serverless computing is defined as a type of Function as a Service (FaaS) architecture. Eric Knorr, Editor in Chief of InfoWorld, explains that “developers use microservices to assemble applications and call services from functions, they can grab functions from a library to build the services themselves.”

This is how the serverless platform is envisioned. Eventually, this technology will be on servers throughout CPA firms and managed via IT outsourcing companies. Stay up to date on upcoming technologies:

There are many advantages to this form of architecture. Developers have the ability to add snippets of code that run behind the scenes. As applications run, they can reach out and grab these snippets when needed. If the snippets are not called, then they are not used in memory and don’t take up any resources on the server. This helps to streamline applications and server resources. That is why so many enterprise-level companies are looking to invest into it. Here are some of the key advantages:

• Your IT outsourcing provider will not have to worry about dedicating specific servers for code or functions. The snippets of code can rest anywhere they wish and don’t have allocate processing power or memory as resources.

• The snippet of code is stored until used. This is considered a start and stop framework. This means resources are used when the code is activated, and then released when the code has fulfilled its function.

• Stored in the cloud it is currently best with cloud applications, especially those applications that are used on the internet. As the technology fans out across platforms, then it will be more useful on internal networks.

• Enterprise-level CPA firms will look at developing their own applications in-house. The applications will have a faster time-to-market experience, since testing cycles will run much faster with this technology.

For more information about computing and how it affects IT:

Download the white paper: Managed IT Services For Small Businesses

There are several issues with serverless computing. It is a newer technology, and it is not fully understood what its potential is. However, some of the disadvantages are not in the technology itself, but in the way computing is defined. To fix some of these problems will require a different realm of thought in network design overall, but, of course, there are already companies working on that. A small list of disadvantages is below:

• The technology itself helps reduce the need for monitoring. Since the code is not a constant flow, this limits how much monitoring needs to be performed. On the other end of this, it is very hard to monitor the snippets of code that do exist. These snippets may be assigned to several different servers, which make it even more difficult. If there is a problem somewhere it can be very hard to track down.

• Since the snippets are stored in the cloud, and are not allocated to specific servers, it may lead to problems with costs. If your CPA firm jumps on this technology, and you are utilizing the cloud as a test bed, then make sure you contact your IT outsourcing provider about possible costs.

• The number of users calling a specific snippet is limited. Currently, if too many users call the same code at the same time, then it can cause some applications to crash. I am sure that as the technology moves forward they will get together with cloud providers and find a workaround for this issue. Since the code is stored in the cloud, there can be mirrored snippets across several servers. This would allow a server snippet to accept a limited number of users before redirecting other users to a mirrored snippet of code.

The technology is great, but it is not ready for real-world use quite yet. And, those in the experimental phase are run by enterprise-sized corporations. Don’t look for this technology in small- or medium-sized CPA firms for several years. Get a free assessment to learn more about computing and IT outsourcing solutions.