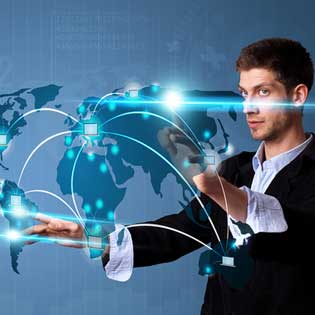 The Internet of Things (IoT) is the next huge consideration for insurance companies. Many companies are already on the IoT bandwagon when it comes to collecting data from their customers. Automobile insurers are sending out letters asking people to install devices that track their driving habits. Several wristwatch-type portables are worn so individuals can keep track of their health, which in turn can be sent to medical facilities. Smoke alarms, light bulbs, and implantable medical devices are all part of the IoT movement.

The great thing about these devices is how easily data can be gathered and transferred over the cloud. The bad thing is that they are all wireless, which makes it easier to hack them.

As the IoT evolves, so does its use in the insurance world. The data collected helps insurers to pick the client they always hoped for. As the SecurityLedger points out, “I can get the kind of policyholders I want and the others go off to other insurance companies that are not being as smart about pricing and underwriting.” Home security companies have jumped on the wagon, and in some areas customers can get a reduced rate on their home insurance if they have the right IoT system installed. The system uses ultrasounds to measure movement in the home, which in turn, helps with the location of threats within the home.

On the other hand, let’s take a look at some of the information we stated above. An insurance company that can pick their clients based on IoT output means they can also leave the other clients for other companies. In other words, competition is fierce, already. Companies are grabbing this technology so they can be the first to use the biometrics before the other guy. Companies that do not jump into this technology pool quickly will get the leftovers.

Also, there is the Big Data aspect of the IoT. If a respectable managed service provider is not handling the data, then it can become easy pickings for hackers. While this may not seem like a big deal, if they hack the car GPS system then they can figure out where you have been, and more importantly, where you live. Hacking the home security system would let hackers know if anyone is home at certain times.

Where Managed Service Providers Fit In

Managed service providers have nothing to do with the data collection for IoT devices, but they do store the bounties accumulated. All that data has to go somewhere, and that place is in the cloud. The hacker problem is not an issue once the data is stored; it is the wireless communications from the device to the cloud that is the issue.

Manufacturers are starting to realize there are several security issues in their products, especially those in the medical field. Once this data gets to the cloud a known and reliable managed service provider, like TOSS C3, can take the data and protect it under their umbrella.