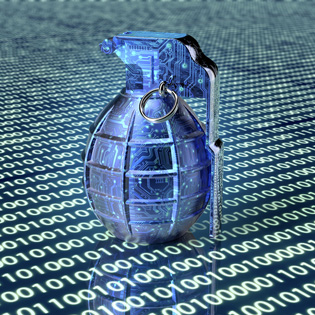 Forget Nukes — Get Ready for Cyberweapons

It’s time to get serious about cybersecurity, especially if you’re the government or the CIO of an enterprise. That’s because cyberterrorism is about to enter a whole new realm. You’ve heard about how hackers went after senior Democrat’s emails and succeeded in potentially changing the course of the election. According to The Guardian, “the NSA is convinced that the Russian General Staff Main Intelligence Directorate (GRU) was responsible for interfering in the 2016 presidential election.”

But we’re just getting started; in early June the sensational news broke that Russian intelligence hacked a manufacturer of a voting system used in the U.S. elections process.

Cyber terrorism is about to get serious; TechRepublic predicts that we’re entering a new era where country-sponsored hacks designed to take down critical infrastructures are the new way of conducting warfare. While it won’t destroy the environment for centuries, like nuclear weaponry, it could be just as damaging to the countries and cultures being targeted.

Find out how to protect your business:

Cyber Terrorism as Act of War?

On April 7, 2017, all the outdoor emergency weather sirens went off around Dallas. But it wasn’t bad weather that set off the chain of nerve-wracking howls from 156 individual sirens; it was an unknown hacker of the radio frequencies used by the equipment. The incident went on for 81 minutes. According to city officials, almost 4,000 calls nearly overwhelmed 911 emergency dispatchers.

One month later, WannaCry took down the U.K.’s National Health Service (NHS), with at least 16 hospitals receiving a ransomware message that their files were encrypted. Without paying a ransom, that data would be lost. The NHS crisis was only the tip of the hacker iceberg; tens of thousands of computers were affected by this Trojan virus, in more than 150 countries. This attack was global in scope, and the fallout is still being felt.

In terms of cybersecurity, it’s important to remember that legacy platforms pose their own problems; the NHS take-down came about because internal IT teams failed to update their operating systems — for years. In the meantime, hackers are coming up with new ways to exploit IoT devices.

The latest predictions from Forrester say that DDoS attacks like the Dyn cyberterrorism incident from 2016 will likely increase over the next few years; more than 500,000 IoT devices are expected to be infected.

Get a free assessment of the security of your network.

Cyberterrorism and Your Business

What these attacks should illustrate to business owners is that critical business infrastructures might be more vulnerable than you realize. Your business could be used by hackers to make a point, or your technology could be leveraged to stage a bigger attack – and all it takes is the failure of one of your employees to follow cyber security protocols.

Clearly, companies and now countries are increasingly vulnerable to cyber terrorism. The United States is already participating; The New York Times reports that the recent North Korea missile misfires were actually caused by a weaponized hack that came from our government. This proliferation of weaponry reminds us of the cold war, as both sides participate in a dangerous competitive build up of firepower.

Protect your business; request a quote for Security as a Service.

Connect with us and experience the TOSS difference.

Send this to a friend