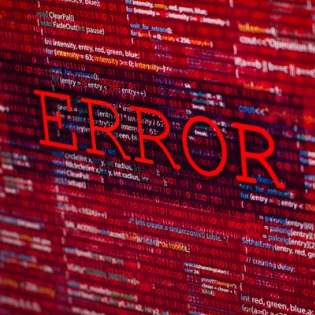 Even Major Companies get Breached

A popular misconception people believe is that only “sketchy” websites pose any cyber security risk and could expose your information to hackers. Unfortunately, this isn’t even close to true. Even the most iron-clad, global internet superpowers can fall prey to hackers and cyber criminals. Yes, these companies employ the brightest minds in cyber security and can afford the highest-end network defense, but even that doesn’t make them impervious.

These days, you have to keep one eye on the news to make sure a popular application or service you use hasn’t been breached. When it has, you need to change your password and security questions as soon as possible. If you don’t believe us, here are some recent examples of major companies that were breached and put millions of people at risk.

It’s impossible not to have heard about this one by now, but in case you’ve been living under a rock then you should know that as many as 87 million Facebook users were affected by a data breach of British research firm Cambridge Analytica.

This is an atypical case study because while Facebook itself wasn’t breached, their shady business dealings instead caused the threat. Major corporations such as Facebook have their fingers in many different pies around the world, and as this illustrates, if one of those pies get hacked then it could trace its way all the way back to you.

The good news is that even though 87 million sounds like a lot, there are well over a billion Facebook users, so the chances that you are one of those affected is quite low. Even still, it’s a good idea to change your password whenever something like this happens.

We covered how hackers will covertly use your computer as a cryptocurrency mining operation in a past blog, but now it’s happening to smartphones.

Every day, tens of millions of downloads are made on Google Play, and as Kaspersky Lab notes, while Google does a good job of filtering out the scam apps, it can’t catch everything. Some of these apps created by hackers that have hidden mining software embedded in them actually do what the app says it does. So the next time you download a game off Google Play, even though it looks and plays like the game it says it is, your phone’s power could be getting drained by a crypto miner.

To stop this, you have to be attentive. If you notice your phone gets really hot or loses power rapidly, look at how much of your battery each app is using up and delete any that are taking up exorbitant amount of battery life. Be careful when downloading apps – do your research on the developer and the app itself online!

We saved the scariest case for last. Not only was EVERY SINGLE account affected by this breach in 2013, but Yahoo didn’t even report this until 2017 – four years later. Even worse, Yahoo actually lied about how many accounts were put at risk a year earlier, claiming that 1 billion accounts were affected when in actuality the number is closer to 3 billion.

Unfortunately this is proof that the big fish are not held to the same scrutiny as smaller businesses. If a major application or internet service like Yahoo says that even a small breach occurred, there’s a chance it was much larger than they are letting on. As soon as news of a breach comes out, change your password and security questions attached to your account – assume that your account was affected!

Cyber criminals can reach anyone, be they major social media, email or gaming platforms. These are used every day on personal and work computers. If you are interested in adding an extra layer of security for your business to prevent these sort of breaches affecting your company’s network, please check out the TOSS C3 website and call us anytime at 1-888-884-8677!