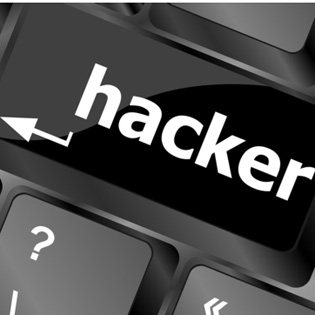 Cybersecurity Predictions – 2017 and Beyond

If you’re worried about cyber terrorism, you’re in good company.

It would be highly unusual if cyber security wasn’t weighing heavily on your mind these days. It’s looking increasingly as if the Russian government hacked into election equipment and files in order to influence last year’s presidential election.

How could you not be worried?

It turns out cybercrime is increasingly the playground of terrorists and hackers eager to make money off your stolen data. Many times these crimes start when an employee mistakes a hacker’s email for a legitimate one. Opening a single file can unleash malware that could infect your entire network.

These instances are happening more often. The bigger the breach, the bigger the cost, of course, and in 2016, the average cost per incident was $4 million.

Here are some of the things we can expect from hackers for the remaining months of 2017 – and a solution for helping keep your network safe.

We have three important predictions for the rest of this year:

In case you’re not following the acronyms, the IoT stands for Internet of Things, which is the array of small digital sensors that are increasingly all around us. We’re talking about the tiny computer in your car; the array in your refrigerator; smart home devices, and much, much more.

DDoS stands for denial of service. You already know the Internet is nothing more than a world wide web (that’s what the WWW stands for, by the way) of interconnected servers, data centers, routers and network connections. A DDoS attack floods a server, router or other infrastructure devices with electronic pings that basically jam up the equipment.

That’s exactly what happened in October 2016, when a coordinated hacker attack flooded a crucial routing service called Dyn, with requests. That basically broke the Internet that day, shutting down Amazon, GitHub, Etsy, Twitter, Shopify, and the New York Times.

The scope of the attack was worth noting but what really startled security experts was that the hackers added malicious code to IoT devices like CCTV cameras and DVRs, enslaving them and making them attack Dyn in a coordinated effort.

Gartner says by 2020, 25% of all security breaches will occur by exploiting vulnerabilities found in IoT devices.

2) Ransomware is on the rise. Ransomware is a Trojan virus that arrives via your email. If you make a mistake and open a file attached to a ransomware email, it will infect your computer and encrypt all your files so you can’t open them. You’ll receive a message on your computer screen saying you have to pay a ransom electronically in order to regain access to your files. If you don’t pay up, your files will be lost.

On May 12, 2017, a ransomware virus called WannaCry affected computers worldwide, including the National Health Service in Great Britain and a major telecom provider in Europe. According to BGR, two days later more than 200,000 computer networks were infected in more than 150 countries.

According to the FBI, these cybercriminals made more than $209 million in the first quarter of 2016 alone. TrendMicro says ransomware attacks will increase this year by 25%. We can help you learn about your risks:

3) Complicating the threat is that there is a serious shortage of IT security staff. NetworkWorld reports there are more than one million worldwide vacant cyber security positions. This is a trend that could have a very damaging effect on businesses worldwide. To find out more, buy the book ‘Easy Prey: How to Protect Your Business From Data Breach, Cybercrime and Employee Fraud’

How to Prepare for These Threats

Gartner says the need to prevent these breaches will drive organizations to develop data security governance infrastructures in their business. The first step in creating an effective cyber security plan for your business is to consult with a security team that can help keep your data safe. Managed Security Providers (MSPs) like TOSS C3 can provide you with the most innovative security tools and expertise in a monthly subscription service. Contact us to find out how we can create a cyber protection plan that will keep your critical business infrastructure safe. Request a Quote …