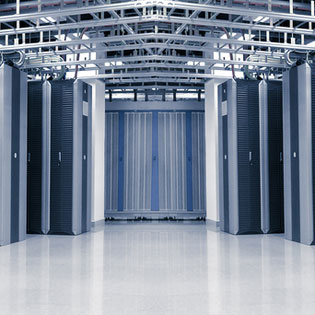 Your Computer may be a Hacker’s Mining Operation

Cryptocurrency, and specifically Bitcoin, exploded onto the public consciousness and it seems now like everyone is investing in some kind of digital currency. Naturally, it was only a matter of time before cybercriminals found a way to exploit people’s computers to get an easy buck – or more appropriately, easy crypto.

Maybe you have heard of cryptocurrency mining. If you haven’t, basically it’s a way for someone to gradually gain cryptocurrency by using their computer to solve very complex mathematical problems. That’s a very simplified way of describing it, but what’s important is that it takes a vast amount of the computer’s resources to begin mining, and that the big players in the mining “industry” have entire warehouses or networks of computers dedicated solely to cryptocurrency mining.

Unfortunately, not everyone mines cryptocurrency above board. Some hackers have created malicious programs that effectively hijack your computer to use its processing power to mine cryptocurrency, unbeknownst to you. These mining tools force your computer to consume much more power than it would as a normal work computer – and that increased usage is reflected on your electricity bill!

You don’t have to venture very far to get infected with this malware, either. MIT’s Technology Review detailed a mining tool that was found mysteriously attached to Showtime’s Anytime website and Trend Micro even spotted one being spread through Facebook Messenger.

A lot of these attacks have been traced to countries such as North Korea, South Korea, Argentina, Vietnam, and Russia. They not only target Bitcoin, which has become the cryptocurrency standard, but have increasingly targeted the smaller currencies that are easier to mine.

Having your computer being used to mine cryptocurrency without your knowledge is definitely a nuisance, but there is a much larger threat if this form of hacking really gets popular.

Say a hacker wants to cast a wide net to infect as many computers as possible. The hacker wouldn’t target your home computer or a tiny, family-run business – They would target hospitals, schools, airports, and other buildings that have many computers on one network. Imagine the disaster that could result from a hospital or airport’s computing power being severely limited because of a mining tool.

Kaspersky Lab says mining is one of the biggest cybersecurity issue in 2019 after stopping more than 70 million occasions of Web miner launches last year. Mining tools can be run on the background of websites, and even works on unsuspecting victims’ smartphones.

Read TOSS C3’s White Pages to learn how our products can detect these mining tools and prevent them from latching onto your computer. We know that your business relies on your computers running at full potential and efficiency, and no one wants to foot the bill of being someone else’s mining operation.

Connect with us and experience the TOSS difference.

Send this to a friend