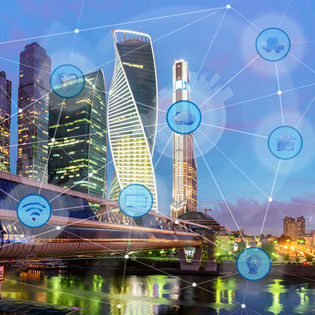 Is Blockchain Right for your Insurance Firm?

A blockchain is a distributed register to store static records and/or dynamic transaction data without central coordination by using a consensus-based mechanism to check the validity of transactions. As the Bitcoin backbone, blockchain was the first-ever solution to the double-spending problem that does not require a central administrator or clearing agent. So, according to TechCrunch, “Blockchain technology has the power to simplify the claims process, alleviate high premiums, help insurers create niche coverage and, most importantly, benefit those who live in catastrophe regions.”

While security is a primary advantage offered by blockchain technology, other benefits may also be gained.

Download the white paper: Managed IT Services For Small Businesses

The Blockchain Technology
The reason this technology is a consideration is due to its security. A block of data is stored and as other blocks of data are entered, they are attached to the first block, etc. So the chain is data1, data2, data3, etc. This chain makes it very hard for hackers; the only way for hackers to get to the data in block data1234 is to first hack blocks data1 through data 1233. McKinsey&Company defines the main four elements:

Peer-to-Peer (P2P) Insurance
Blockchain could possibly create new and transform existing models of insurance, including P2P insurance, parametric insurance and microinsurance, into a new digital age. TechCrunch continues that “New distribution methods like peer-to-peer insurance (P2P) could end up restructuring the entire market. P2P insurance empowers policyholders to a greater portion of the premiums rather than the individual private wealth managers working to produce returns for insurance companies. A number of well-funded startups are already beginning to stake their place in the P2P insurance market. One example, Dynamis, is a peer-to-peer supplemental unemployment insurance protocol that uses the policy holders’ social capital to replace underwriters.”
So Can you Use Blockchain?
The answer is yes and no. Blockchain is usable and larger corporations have integrated it into their systems, but smaller and medium sized businesses are not yet finding this a move they wish to jump into. It can be done by joining Bitcoin and using their platform. One of the adoptions for the cloud is called BlockCloud. This technology will integrate the Blockchain technology into the cloud.

The Blockchain, or BlockCloud is another reason to contact managed cloud services and get your firm connected to the cloud. More technologies are coming out that will create tougher competition for the insurance industry. Once this technology is finalized insurance firms will have the ability to create secure customer accounts with virtually no chance of fraud and limited access for hackers.

Get a free assessment