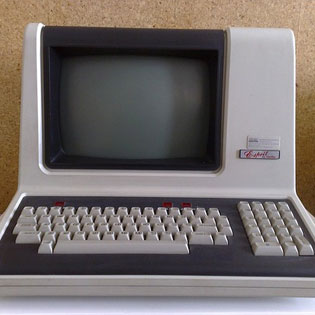 A Brief (But Fascinating!) History of IT Outsourcing

A mere 25 years ago, IT outsourcing was virtually unheard of. It’s actually younger than The Simpsons television show. But when it finally hit the scene, it did so in a very big way. It’s dominated discussions of the IT department over the past two and a half decades, and for good reasons. While technology has become increasingly vital to business, IT departments have become more and more complex. It’s not just difficult to run an IT department in the era of the tech talent shortage, it’s also incredibly expensive.

The Evolving Nature of IT Outsourcing

Like so many other IT innovations (cloud and analytics, just to mention a couple), outsourcing means different things to different people. Furthermore, it’s continually changing to meet the needs of businesses at the time. Now, for instance, IT outsourcing is all about providing cloud storage environments, security services, and reliable backup and disaster recovery. A couple of decades ago, it was a whole lot about acquiring compute power and storage resources in an era in which memory and CPU were incredibly costly.

The Birth and Toddlerhood of Outsourcing

While there is no official birthday for IT outsourcing, it came into vogue sometime in the late 1980’s, along with other types of outsourcing. One of the first widely publicized instances of outsourcing was IBM’s provision for an Eastman Kodak data center. It involved moving hundreds of Kodak staffers to IBM. That was in 1989.

Some industry experts would place the advent of IT outsourcing even earlier, back in the 1960’s and 1970’s with time-sharing (such as that of expensive and hard-to-come-by mainframe services), service bureaus, and facilities management services. Doubtless, those are the forefathers of modern outsourcing.

Initially, there was something of a stigma surrounding IT outsourcing, and indeed, all forms of outsourcing. Most people believed it was just a coy way to get rid of their jobs. The era was dominated by something confusingly similar: offshoring. U.S. workers became concerned that outsourcing was simply a way for companies to get rid of their high-paying jobs and turn them over to cheap third-party service providers. It took a healthy chunk of the 1990’s for the industry to overcome that stigma.

The Millennium Changes the IT Tide

One thing that helped turn the tides in favor of IT outsourcing was Y2K. As most of those who’ve been in and around the industry for a couple of decades know, Y2K was quite a scare. For many years, programmers had used 2-digit dates. The ’19’ as in ‘1900’ or ‘1999’ was a given. Hence, there was great fear that computers would read the ’00’ in the new year, 2000, as ‘1900’. That would mean that a car loan taken out in 1998 would roll into a payment date of 1900, among many other potential quagmires. As the year 2000 approached, companies simply couldn’t handle all of the recoding themselves. Decades worth of programs had to be revised for the 4-digit dates. Most organizations turned to IT outsourcing, which proved to be affordable and efficient in getting the job done.

Once IT outsourcing was a common phenomenon, these vendors began offering other services. As cloud computing came on the scene outsourcing vendors could offer a whole array of products and services that companies desperately need.

Now, IT is facing something of a talent shortage, especially in certain key areas, such as data analytics, cyber security, and maintaining legacy code. IT outsourcing is the ideal way for startups to acquire the IT services they need, and for growing businesses to have a flexible and scalable IT department while they focus on their core business. For all size businesses, it’s a great way to overcome shortages of key tech talent and to remain agile and financially lean in uncertain times.

What are some of the advantages your company can get from IT outsourcing? Learn more when you download the whitepaper: Managed IT Services For Small Businesses.