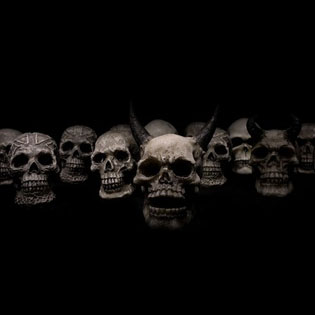 Most small business employees work from roughly 8 to 5. That leaves 15 hours each day when your IT infrastructure is left alone. Anybody who’s ever seen Friday the 13th or Nightmare on Elm Street knows what happens when it gets dark and lonely. That’s when the monsters attack.

In the universe of cyber security, monsters are the real deal. Monsters sneak in silently, slither up on unsuspecting prey, and strike when everyone’s attention is diverted. That’s exactly how hackers and cyber criminals get into your systems, too.

Why do you need a managed service provider? Because they can stand guard for monsters while your employees are home getting a safe night’s sleep.

1. About a Million New Viruses are Unleashed Each Day

Did you know that there are about a million new viruses created and unleashed on the Internet every single day? The small business has enough to keep them occupied. While you focus on bringing in new customers and developing outstanding new products, let a managed service provider worry and fret over all the viruses out there to attack your systems and data.

2. Insider Threats are as Menacing as External Threats

Small and growing businesses are usually consumed by worry over threats from the outside: hackers, cyber terrorists, and the like. Few realize the potential threat from the inside: the employees you hire on the fly because work is piling up faster than you can say, “Boo!”. A managed service provider won’t overlook those inside threats. They’ll monitor your systems 24/7 from every angle, so that new temp worker you got last week doesn’t say, “Gotchya!”.

4. Ghosts are Actually Quite Real

Think ghosts are just tall tales for scaring little kids? Unfortunately, no. Ghostware is a real thing. Ghostware is a new type of malware that can sneak past your system’s defenses, do all its nasty dirty work (steal data, corrupt data, destroy applications, and more), and get out without leaving a trace of itself. With these terrifying capabilities, it’s best to leave IT security in the hands of the Ghostbusters. A managed service provider can help.